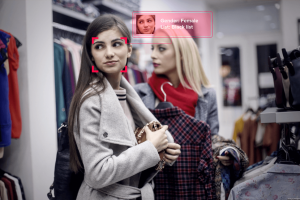 In most retail stores nowadays, there are clear signs that state that shoplifters will be prosecuted and that the shop is monitored with cameras. Yet, despite these anti-theft measures, billions of potential profits are lost each year due to shoplifting. Read on to learn about shoplifting stats from recent years and what the effects are.

Before diving into detailed shoplifting statistics, there are a few key pieces of info that you should know. We’ve pulled some crucial facts from Loss Prevention Media:

Over the last few years, professionals in the Loss Prevention sphere have stated that shoplifting is the #1 contributor to product shrinkage. Some of the reasons cited for the rise in shoplifting include:

In Hayes International’s 32nd Annual Retail Theft Survey, it has released estimations on the number of shoplifting incidents and the amount of directly correlated profit loss.

Also, the survey contained statistics on apprehensions (apprehended shoplifters), dollars recovered with and without apprehension, and case value.

Apprehensions: 315,095 shoplifters were apprehended in 2019, which is a 3% increase from the previous year.

THE MOST SHOPLIFTED ITEMS

Check the table below for a look at the most shoplifted items across various retailers.

As mentioned in our facts section, approximately 55% of shoplifters began stealing when they were teenagers. Nowadays, it is estimated that 25% of shoplifters are juvenile – and that the consequences of juvenile shoplifting can carry over well into adulthood.

However, it has also been found that juveniles are not stealing things that are necessary for survival; instead, they are more likely to shoplift luxury goods. 68% of juvenile shoplifters do it for the adrenaline boost and the “kicks” rather than for financial motivators.

Juvenile delinquents have a much harder time finding legitimate employment when they become adults – thus, juvenile shoplifting is highly significant and cannot be shrugged off as just “teenage rebellion.”

If you are interested in reading the 2018 survey and comparing its results to 2019, you can check it out here.

RETAIL THEFT IN THE NEWS

How has COVID-19 factored into retail theft? While there is no hard data on the subject currently, some retailers are reporting that they have experienced shoplifting surges in recent months. Retailers were already struggling financially because of the pandemic, and reported increases in shoplifting have only made that worse.

One report from ABC 6 stated that convenience store owners in Philadelphia are experiencing increased shoplifting – and that this is mainly due to the city’s subpar law enforcement.
Some retailers are facing fewer incidents of shoplifting but higher theft values. In the Los Angeles area market, retailers have found that the average value of each shoplifting incident has increased by 23%.

According to the Retail Gazette, the UK experienced a large amount of shoplifting crime in 2019. An analysis of 2019’s police data found that 359,156 shoplifting incidents were recorded in the UK – this is nearly 1,000 per day.

Overall, the amount of shoplifting in the UK was 3% lower in 2019 than in 218. However, 17 out of 45 UK police forces recorded heightened numbers of incidents. Thus, certain areas, such as Sussex, were hit harder in 2019. Sussex, in fact, handled 14% more incidents than in the previous year. Stores in Northamptonshire, Wiltshire, Kent, and Hertfordshire were also targeted by shoplifters more frequently.

The Australia and New Zealand Retail Crime Survey for 2019 reported that shoplifting cost the retail industry $3.37 billion. When compared to a similar survey conducted in 2015, theft was up by 18%. The 2019 study found that 57% of all theft and loss was due to thieving customers, 22% was due to employees, and 6% was involved with supplier fraud. The remaining 15% of the loss was not related to crime.

Shoplifting is on the rise across the globe – and, if security measures are not enforced more consistently, this figure will only increase. For information on how to reduce shrinkage in your store and industry, check out our other articles on the matter; we’ll present actionable solutions for making your storefront more secure.

WHAT PERCENTAGE OF SHOPLIFTERS ARE CAUGHT?

Shoplifters are only caught about once out of every 48 times they steal – just over 2% of the time.

DO STORES TRACK DOWN SHOPLIFTERS?

Many stores – even small retailers – work to track down shoplifters and get stolen goods back, which is why recovery statistics rise each year.

CAN POLICE TRACK YOU DOWN BY CAMERA FOR SHOPLIFTING?

Most stores have surveillance cameras that capture footage of shoplifters in action. Yes, police use these video feeds to track down shoplifters.

WHAT ARE THE EFFECTS OF SHOPLIFTING?

The effects of shoplifting include reduced retail profits on the store’s end and hefty fines (and sometimes jail time) on the shoplifter’s end.

WHAT IS THE AVERAGE ANNUAL PROFIT LOSS TO SHOPLIFTING?

Up to $20 billion is lost in the U.S. due to shoplifting each year, as shown in the Hayes International survey.

HOW OFTEN DO SHOPLIFTERS GET PROSECUTED?

Only about half of caught shoplifters are turned over to the police for prosecution.

This is a short description in the author block about the author. You edit it by entering text in the “Biographical Info” field in the user admin panel.
Share this post now:

Subsribe to Our Newsletter